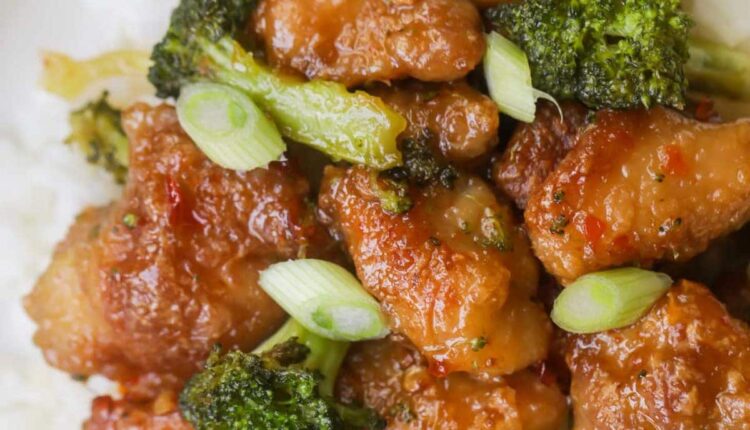 Sweet and savory General Tso’s Chicken is a family favorite. This delicious chicken is served with broccoli or other vegetables and filled with that sweet-savory combination everyone loves.

With all the Asian recipes on our site, it’s no surprise how much we love Asian food! I think it’s safe to say this is my favorite food and my extended family agrees.

What is General Tso’s Chicken?

One of our favorite Asian dishes is General Tso’s Chicken. I haven’t tried it until recently, but this is my new favorite recipe for Asian chicken! I’ve made it a few times since our first try and it’s so addicting! !

So, what is General Tso’s Chicken? This is a sweet fried chicken recipe served mostly in North American Chinese restaurants. It has a hint of sweetness, and with the addition of broccoli, it becomes so hearty and delicious. It’s also so easy because it’s so good, you better believe we’ll be making this more often!

Who is General Zuo Zongtang? This chicken dish is named after General Tso or General Tso. He was the military leader of the Qing Dynasty. It is unclear why the general’s name was associated with the delicacy. In fact, when asked, his descendants hadn’t even heard of the dish!

Floured and ready to fry!

To make General Tso’s sauce, place the chili paste, sugar and vinegar in a small bowl and set aside.

Cook. Pour oil into a skillet and cook flour chicken for 7-8 minutes or until chicken is cooked and crisp.

If you like, you can add a teaspoon of ginger and/or ½ teaspoon of red pepper flakes to make it spicier.

Honestly, I cannot give this recipe a higher rating. It’s delicious on its own, or even better with rice or noodles. Most of my kids don’t like broccoli yet, but my little Evie loves this recipe as much as I do. I hope you like it too!